It’s amazing how many wild, crazy and cool food holidays there are.  Did you know  there is a National Ice Cream Day? (BTW, it’s today!) Did you know there was a National Chocolate Pecan Pie Day? And with dozens of other national food holidays in the month of August, you can literally celebrate a different dish every day of the month. Go ahead . . . why not allow the gastronome-in-you to partake of as many August food holidays as you dare to.

How can you celebrate a food holiday? Food celebrations are as simple or as elaborate as you want them to be. Learn about a food you didn’t know a lot about . . . Try a new recipe and make something special for a loved-one or co-worker . . . . Attend a related festival, farmers market, or restaurant.  The most important thing to do is – eat good and have fun! 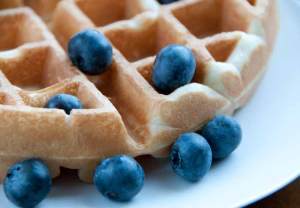